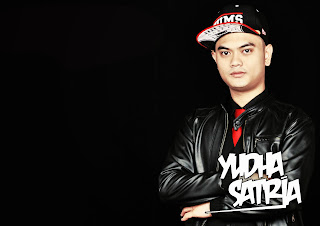 YudhaSatria: remember this name. YudhaSatria’s energetic presence behind the decks guarantees to get even a tame crowd to go wild! Expect to hear some catchy beats mixed with technical precision and spicy sound by Yudha, which will get the crowd to the ultimate party climax!

YudhaSatria, born in 1987, is a young up-and-coming DJ/Producer that started creating his own sound from the age of 18. In 2009 he to make a debut, as in 1945MF DJ school, which got big support from DJ’s such as Boank, Osvaldo
Nugroho, Didi The dub wave, Reza Bukan and many more.

Producing music really has been a revelation to both labels and artist. The vast variety of remix assignments and collaborations with other big talents create an ever flagrant musical output. At Yudhasatria Headquarters the main objective is to build a phenomenal and versatile product with that refreshing feel to it. Originality is of great importance.

With more and more gig requests coming in from all around the world,
there is no way of stopping YudhaSatria as he’s a man on a mission….

Do you want someone to take you on a musical high? Yudhasatria
is da man with the splash jump.

Also in 2013, YudhaSatria has promised the party community
to convey his spirit to the clubs: “Music Is My Passion!”